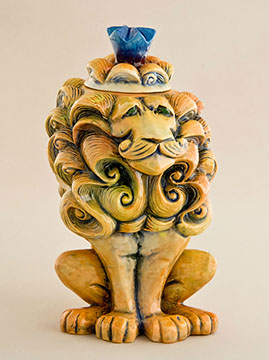 DaNisha, also known as Dan and Nisha Ferguson, studied at the Art Centre of Toronto at Central Technical School and graduated in 1989. Nisha majored in painting and illustration and Dan in sculpture. After Dan completed a two year apprenticeship with Canadian sculptor William McElcheran they began collaborating in the medium of ceramics in 1991. After working as well established independent artists for ten years in Toronto, the pair moved their family and business in 2001 to the Spanish colonial and historically significant town of San Miguel de Allende in the heart of Mexico.

DaNisha use techniques both ancient and special to them in producing sculpture that stands out in the world of ceramics. The two collaborate intimately during the design process before working each in their respective mediums. Dan creates the sculptural bases which support the colourful and painterly images painted by Nisha. Each sculpture is a limited edition varying in number. The sculptural base is cast repeatedly until the edition is finished, however Nisha draws and paints a unique painting on each of the ceramic pieces. In this way each piece is unique despite being one of an edition.Today they exhibit in Canada, the United States, Mexico and Australia. Their work has been collected widely and can be found in collections in numerous countries around the world. 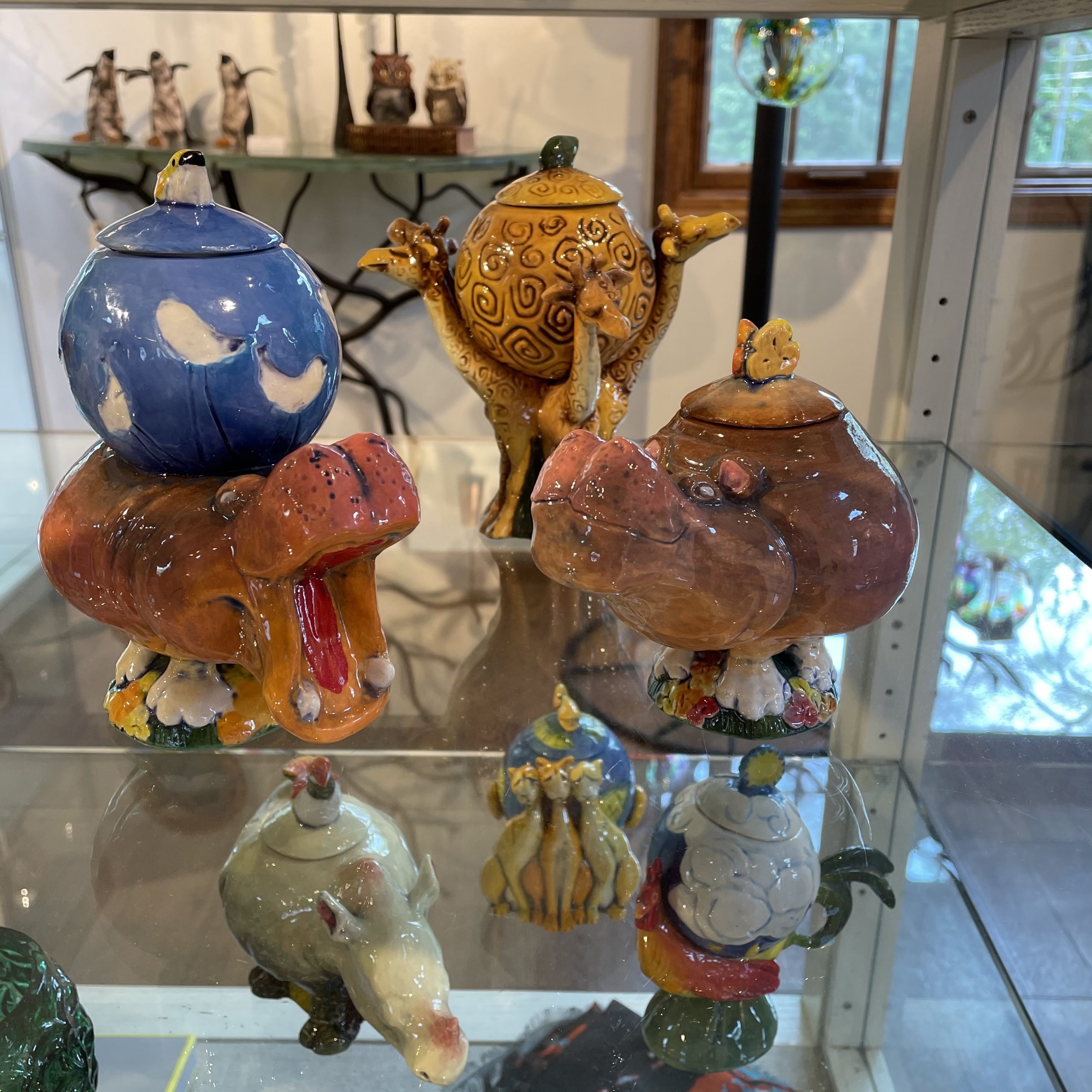 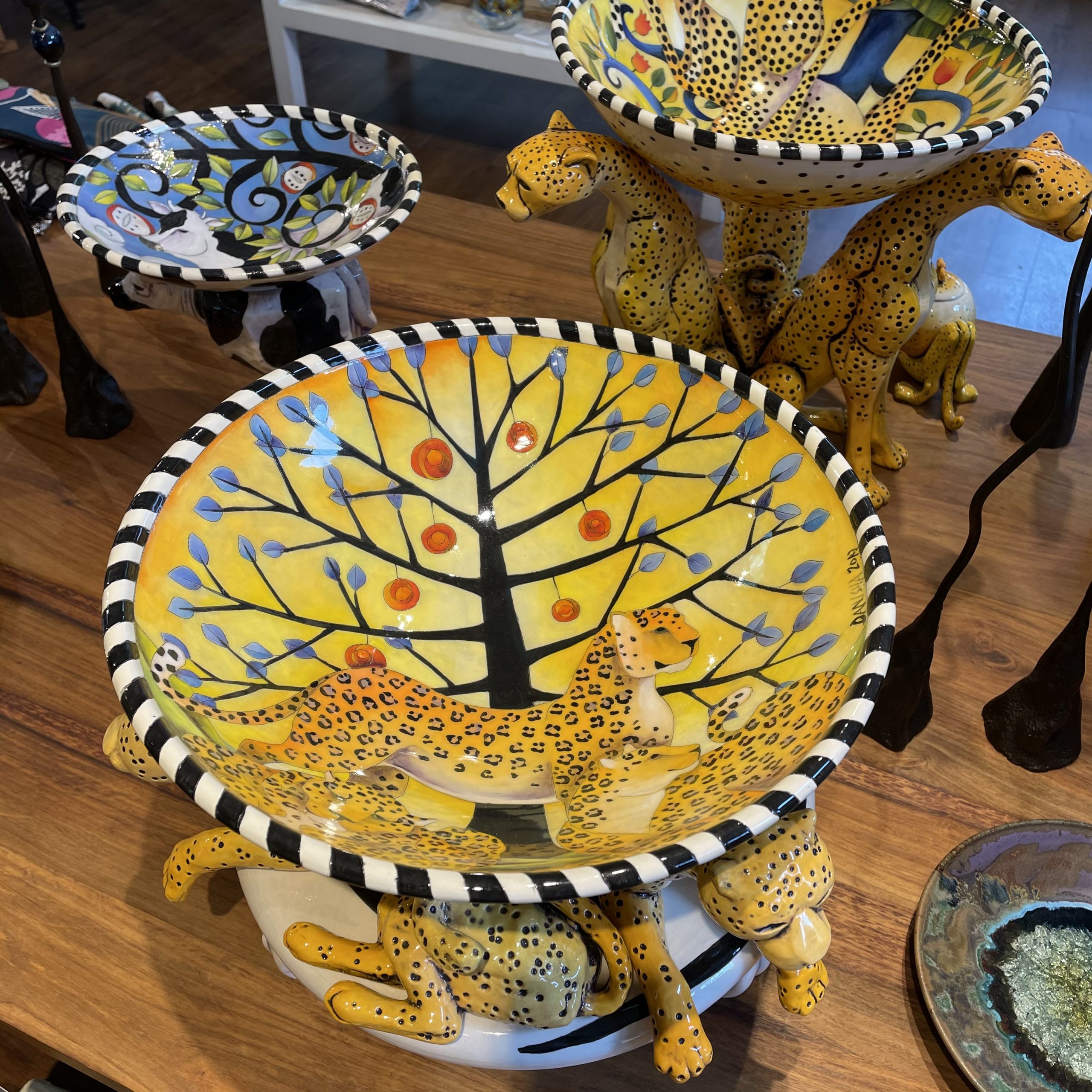 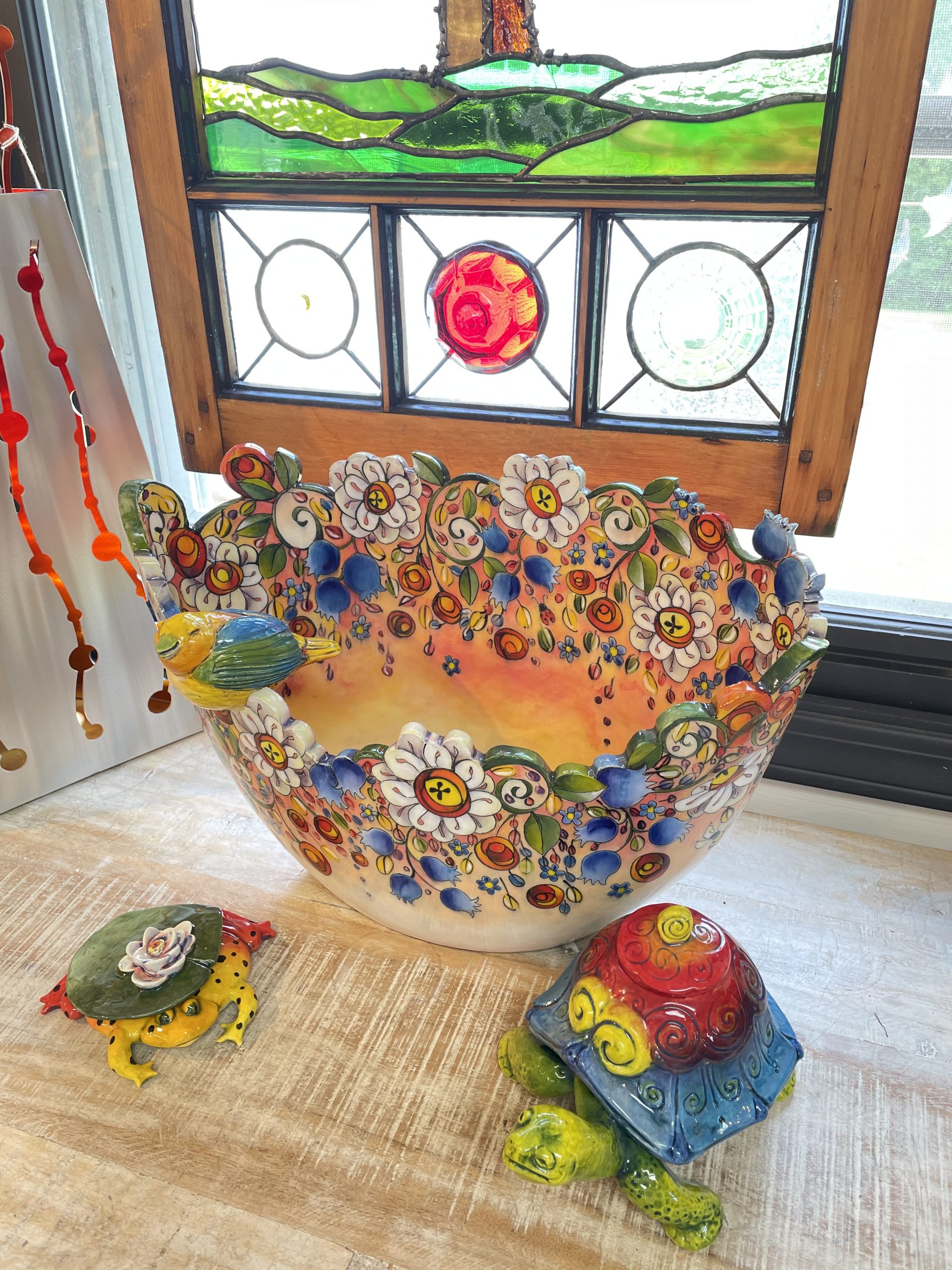 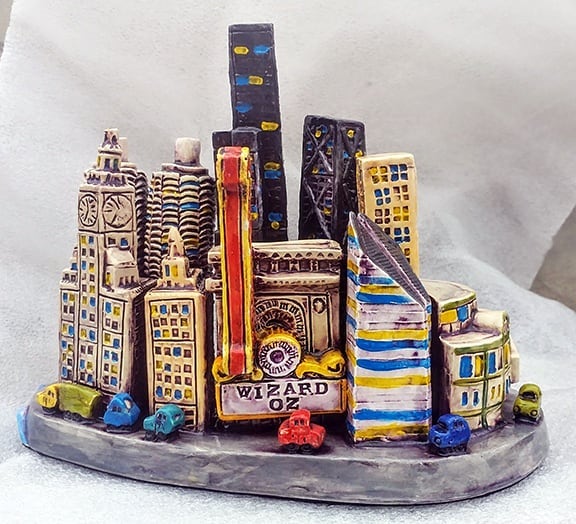 Although this Chicago Exclusive Limited Edition piece from DaNisha has sold out, another piece featuring all new architecture is in the works and due to come out late 2021! 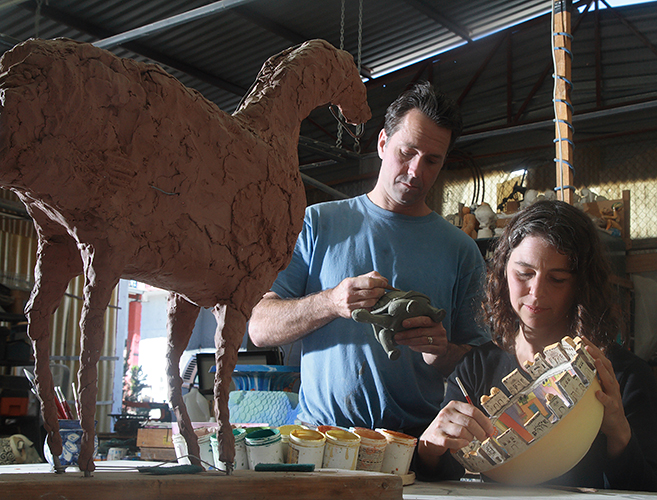 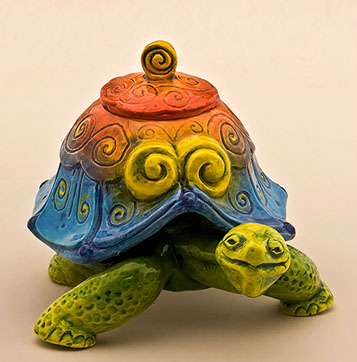 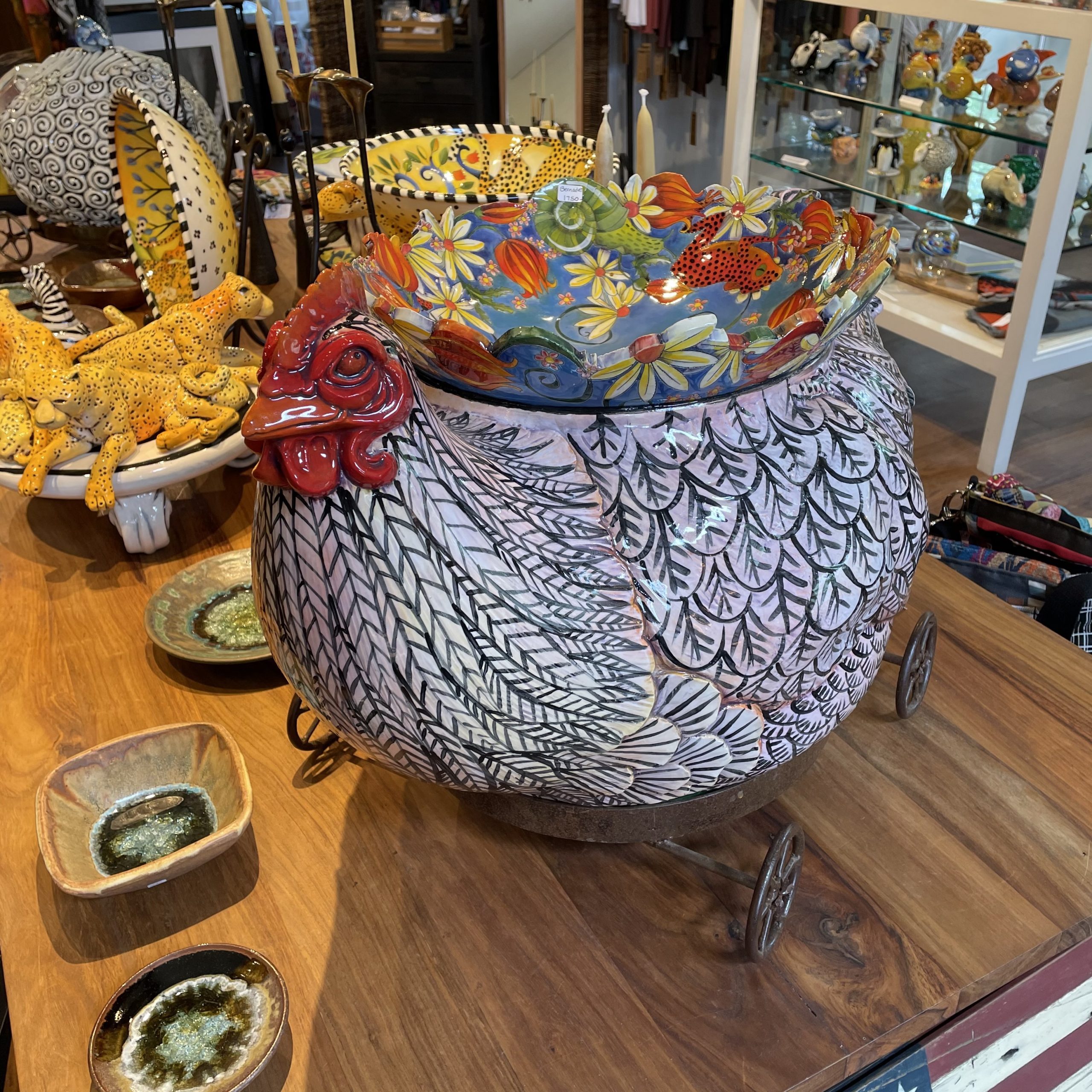 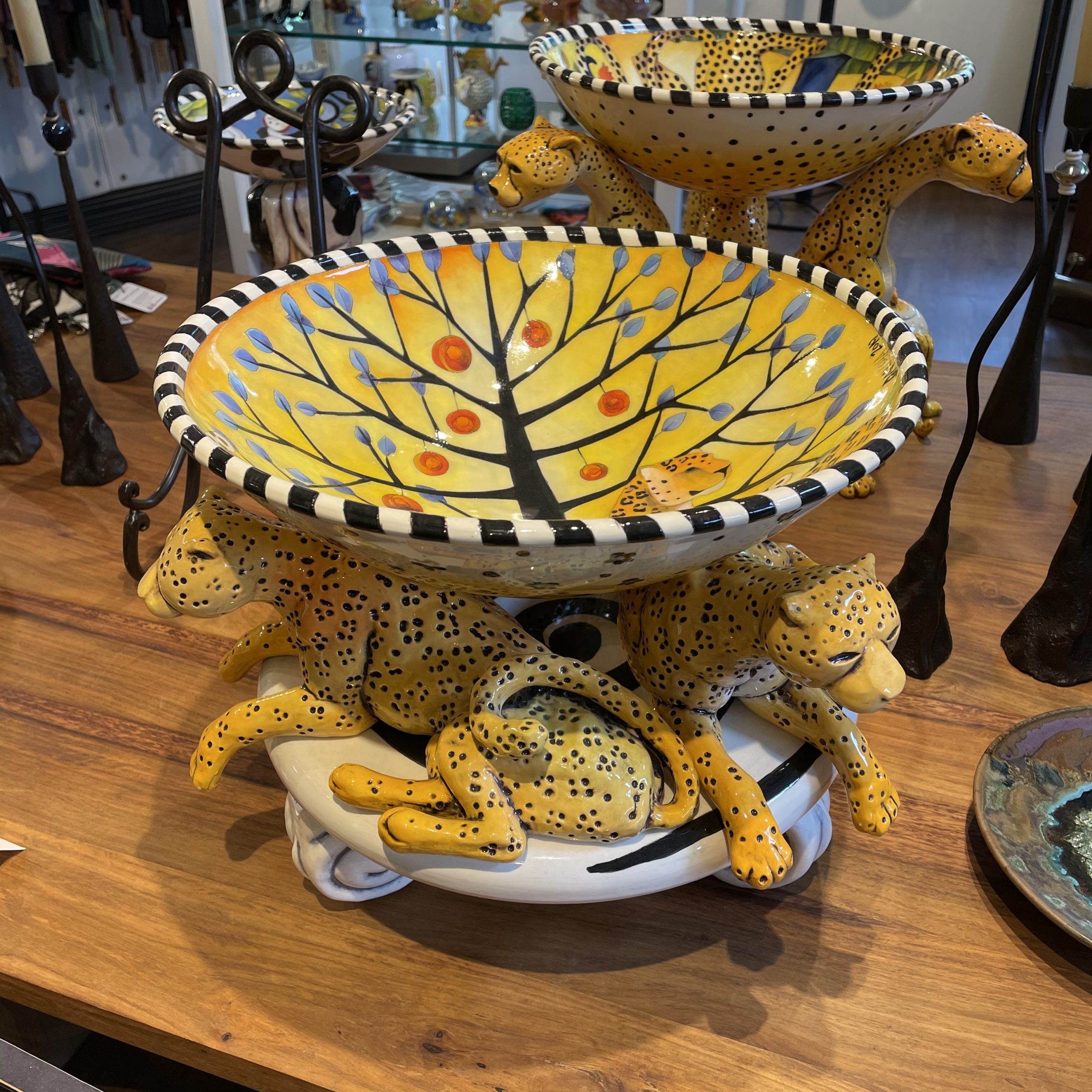 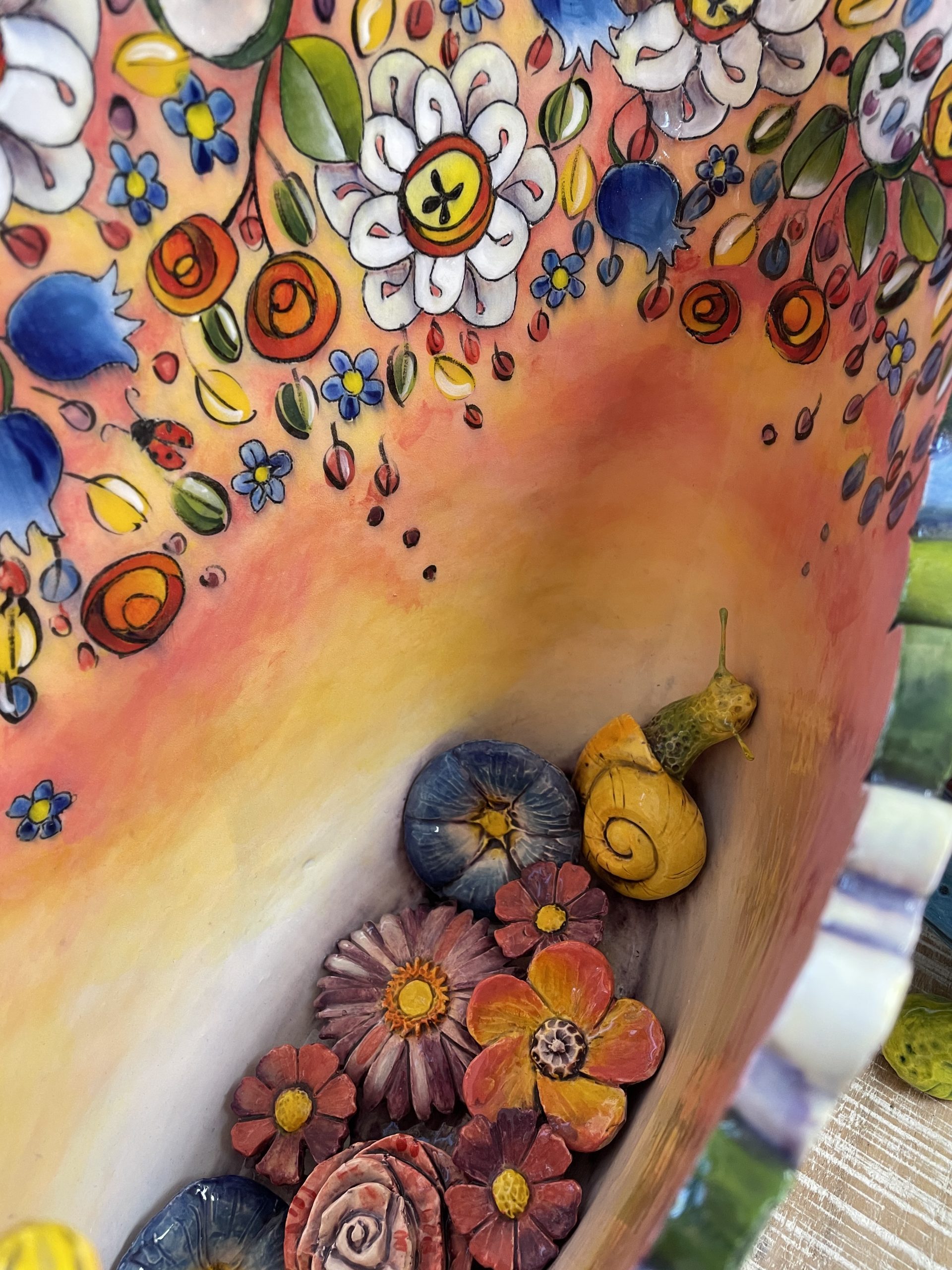 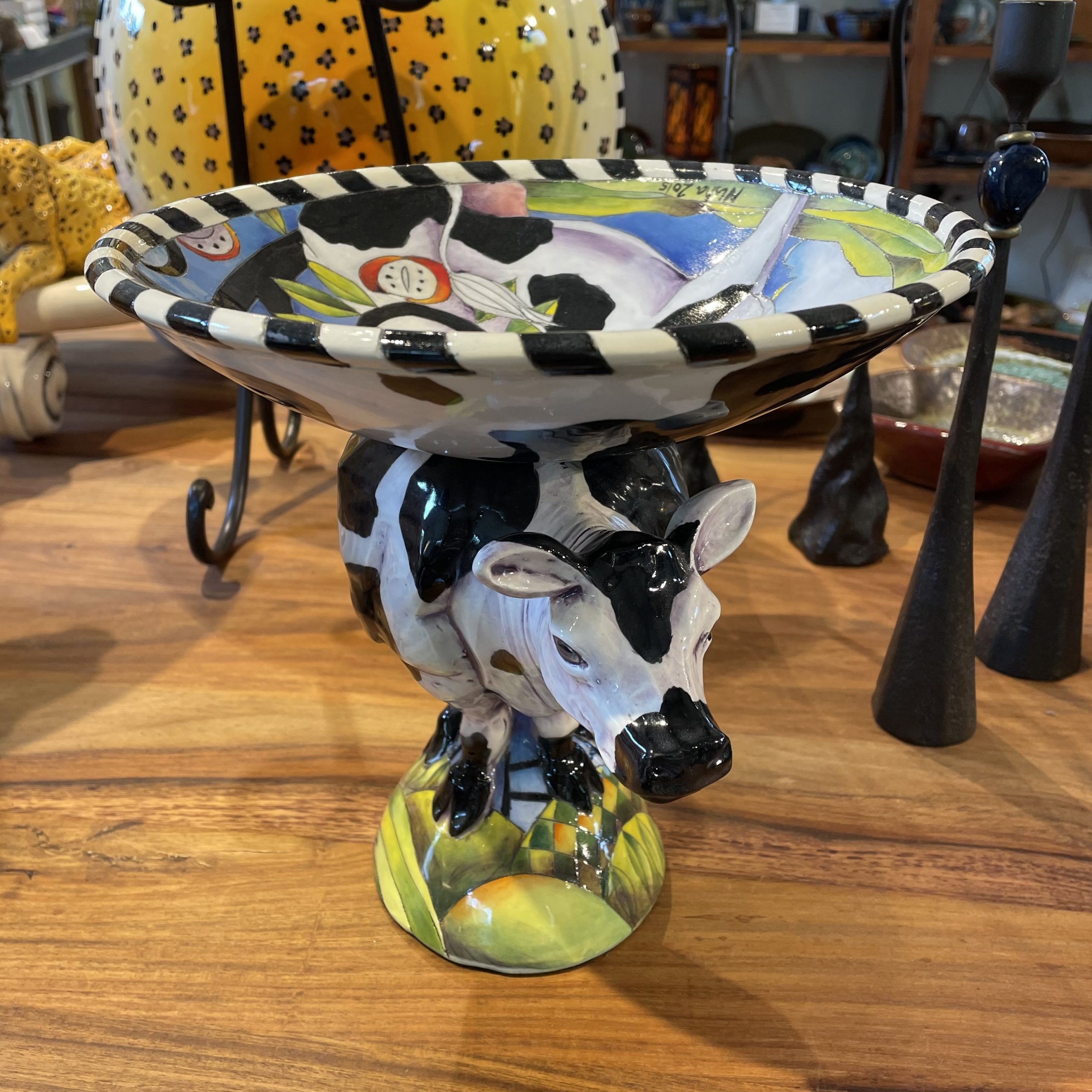 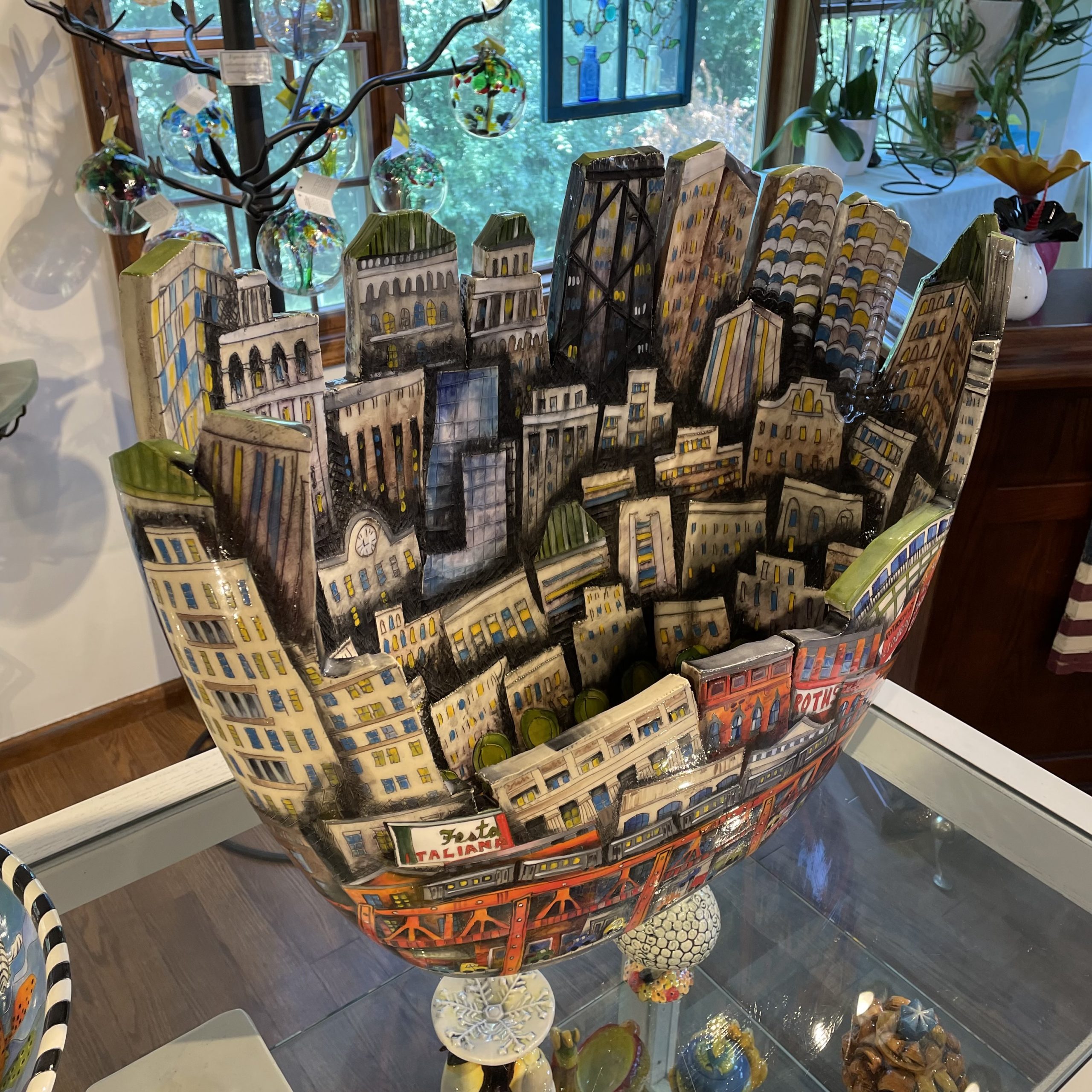 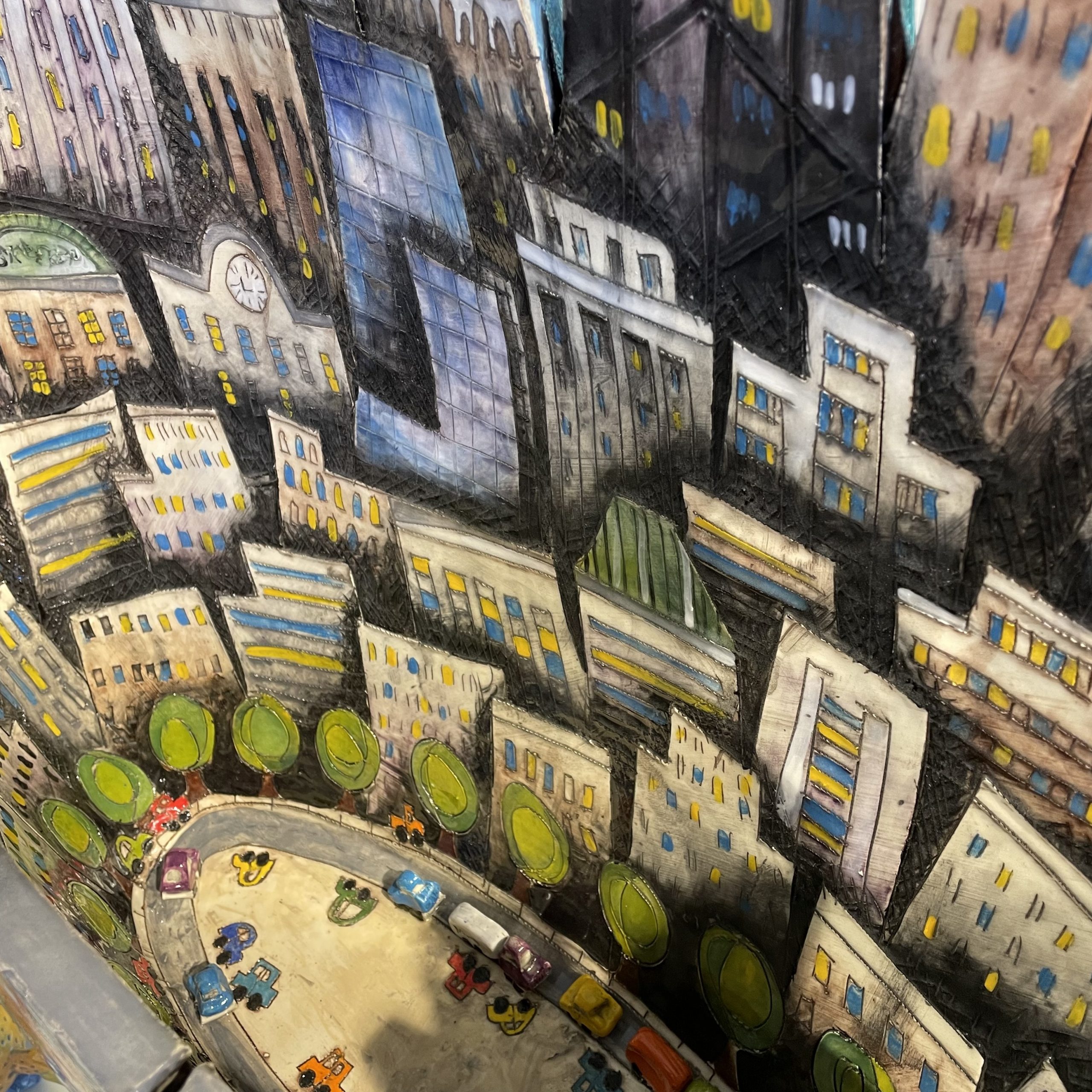 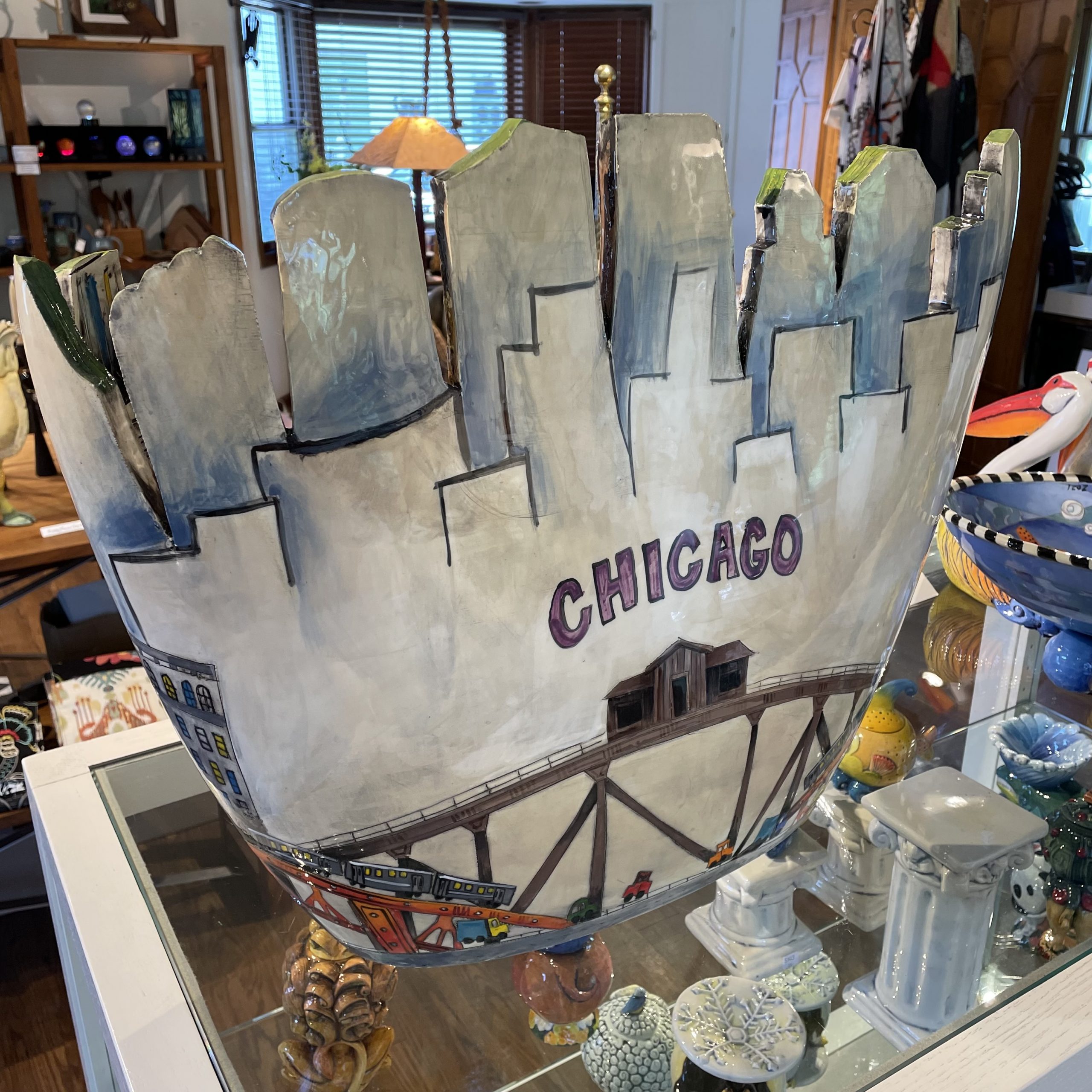